So many people over the years have been shocked and amazed that I talk so openly about being mentally ill. I’m told on a regular basis that I’m brave, courageous, inspirational even. But I’m not. I’m doing what I think I should. But more than that, I’m doing what every person with a mental illness should be able to do which is talk about it – talk freely, openly, honestly and candidly. Stigma stops most people from doing this.

Almost every time I talk to people about my own experiences and my plan to have a career in mental health, someone says “my relative has….”, “my friend’s been diagnosed with….”, or “I’ve struggled with….” and then goes on to tell me how their life has been affected by mental illness. Invariably they then thank me for being so open, for making them feel able to share and for taking on the cause and tackling stigma head on. Unfortunately, they usually then go on to say that they wish they could be as open as I am and ask me not to tell anyone about what they’ve shared.

Since starting my blog two weeks ago and posting on Facebook a few years before that, I’ve received messages of support from the strangest of places and often from people I barely know or haven’t spoken to in years. Each message warms my heart because it’s one more person that I’ve reached and one more person to add to the list of supporters of the mentally ill. I’m so grateful that these people have taken the time out of their day to thank me for my honesty and encourage me to continue but it’s so sad that I’m not the norm. That talking honestly and openly about mental illness isn’t the norm, all because of stigma.

I will never sugar-coat what I write on here because there are far too many sources of information out there that dumb-down the effects mental illness has on its subjects. People need to know the truth of what it’s actually like to be diagnosed and to live with a mental illness. Unfortunately, there is no one-size-fits-all cure, no pill you can take to make it magically disappear and the treatment many people think we have easy access to either doesn’t exist, has to be pleaded for, or is rarely given during this economic climate. Talking to people as openly as I do is not easy. It’s not always reacted to well. I’ve had my fair share of people try to change the subject, make me feel uncomfortable or even push guilt onto me because I dared to bring up self-harm or talk about the negative effects of my conditions. It isn’t always easy but if I don’t do it, who will? If we don’t end the silence now, then when? When will it be convenient for society to acknowledge that people like me exist, that we’re suffering but will no longer do so in silence? When will I stop being asked questions like “have you tried just ignoring it?”, “why are you anxious?” and “what have you got to be depressed about?” as if you’d speak to a person with cancer or heart disease in the same way? When will it be understood that I’m no more to blame for having a mental illness than others are for having dyslexia, Parkinson’s disease, or MS? When will being open about mental illness stop being brave and start being normal, accepted and ok? When will stigma end?

It’s vital for us to feel supported, listened to, heard and understood. We need to be believed and accepted, not embarrassed and ashamed. We need you, those of you that are well, to be on our side, to help fight this battle against stigma with us. We need you to ask us how we are, what it’s like and how you can help. We need you to be our allies, so that if the tables turn and you end up being one of the 1 in 3 that will become mentally ill in their lifetime, we’re there to show you the way, so that you’re not alone like so many of us have been. This is not a fight that’s easily won and we certainly can’t fight stigma alone but there’s strength in numbers and it’s not in anyone’s interests to keep the stigma going. As a society we’re worse because of it – we isolate some of our most vulnerable, we stop listening to some of those hurting the most and we lose the spark of some of our most talented and caring individuals (Robin Williams’ death taught us nothing if not that)!

I would like to encourage all of you reading this to talk about mental illness. Don’t let us be silenced, embarrassed or ashamed. I won’t go as far as to say I’m proud of being mentally ill but I am proud of what I’m doing because and in spite of it. The course of my life has changed because of it and I now want to spend the rest of my life working with people with mental illnesses, helping them, treating them and supporting them as well as raising awareness of the issues and stigma we face every day. We need you on board. Even doing something small could make someone’s day and take us one step closer to ending stigma about mental illness. If you’re well then reach out to someone you know with a mental illness. If you’re ill then speak out to anyone who’ll listen about what it’s like for you. If you’re still reading this then please please share this post so that people like me no longer have to suffer in silence. You can help end the stigma!

Ashamed Of Being Mentally Ill? Not Me! ….. And I hope not you either! 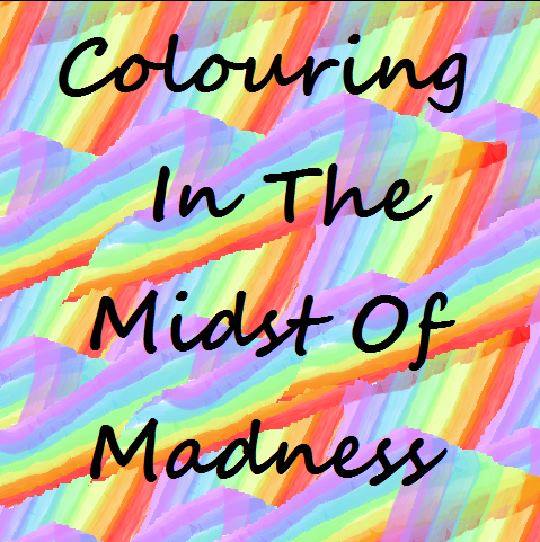